Costa Rica: A Classic Origin at a Crossroads 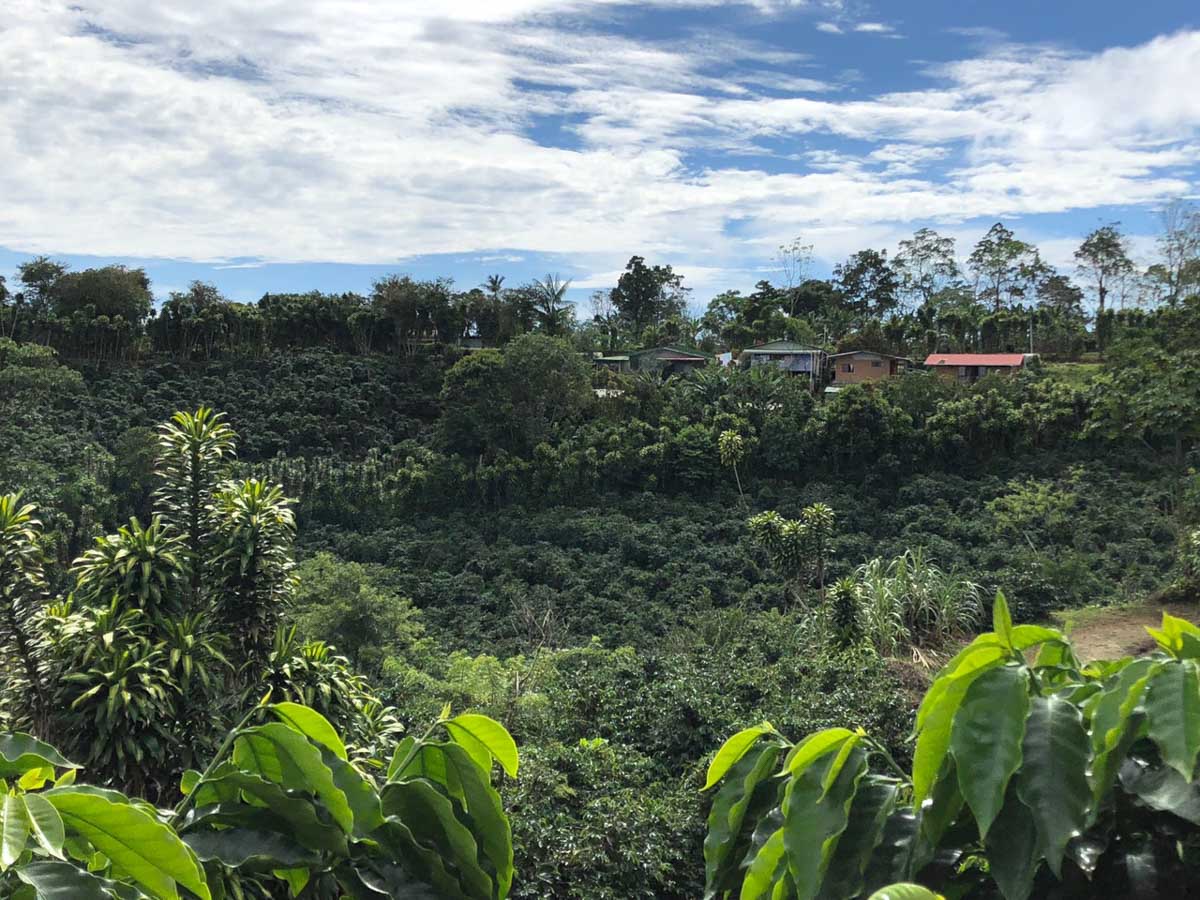 Like most coffee professionals, I have a special place in my heart for Costa Rica. It is the land of lush verdant valleys, crisscrossing volcanic ranges, and neatly trimmed coffee farms. It has a well-earned global reputation for producing pristine, high-quality coffee while leading in environmental stewardship, consistency, and reliability. Its price premiums soar high above those of its neighbors in Central America and its ability to transfer the highest percentage of the FOB price to producers is second to none.

Yet trouble has been brewing in paradise. While touring several coffee regions in the country recently, I noticed a concerning pattern. Time and again, farmers would cite the 1990s and the early 2000s as the golden era of production in Costa Rica, with some even conjuring nostalgia for the 1980s. Sure enough, official ICAFE (Instituto del Café de Costa Rica) data shows a dramatic drop in production over the past decade.

According to ICAFE, the number of coffee growers in the country shrank by 19% between 2007 and 2017. In traditionally highly-productive areas in the south of the country, land devoted to coffee production was reduced by 30% between 2000 and 2014. Average production in 2000-2003 was a whopping 52% higher than it was in 2013-2016. And thanks in no small part to the Roya outbreak in 2013, productivity per hectare plummeted by 38% over this same three-year period. 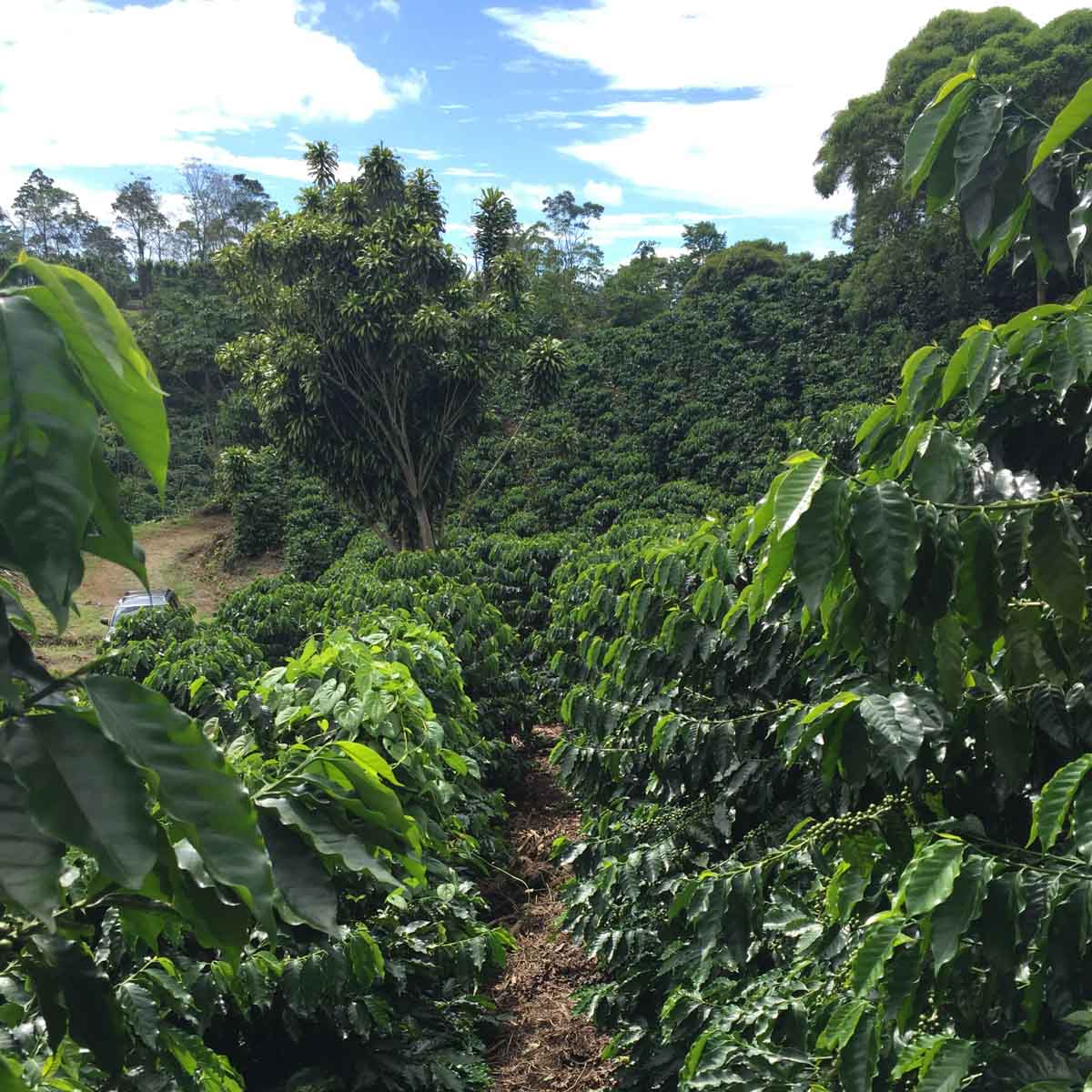 Economics, the "C", and Roya

Once a regional powerhouse, Costa Rica is an origin facing decline. How could this happen to such a proud and well-organized coffee sector? The answer offers a unique case in coffee production: Costa Rica is one of the first origins where the gains from economic development and the strains of urbanization and climate change have begun to outweigh the value for coffee. Many factors are at play, some of which are ironically a direct result of Costa Rica's successful economic and social development. The Tico economy is strong, with clean energy, high tech, and tourism at the forefront. The sons and daughters of coffee farmers who were successful in the 80s and 90s are now college-educated professionals with wide-open life prospects outside coffee. Back on the farms, well-enforced labor, environmental, and social security laws contribute to higher costs of production relative to Costa Rica’s regional peers. Ticolandia is also now a massive retirement market, which has driven up land prices. The rate of urbanization in the Central Valley, which includes the San Jose metropolitan area, has relegated coffee to the backyard gardens of suburban homes. It’s not very often that you see coffee farms lined by sidewalks, yet that’s a common sight in the once thriving coffee farming areas of Heredia and Alajuela.

Then there are the external factors, such as the international coffee market reaching recent lows; the “C” market sank below $1.00/lb during my trip while I was talking to farmers who are already concerned the viability of their livelihood. Since the average farm-gate cost of production in the country is $1.35/lb, farmers have only received enough compensation to cover baseline costs in two of the past six years. Regional competition is also playing a role, mainly due to the formidable evolution of Honduras as a reliable, good-quality and lower-cost alternative. And then we have climate change and all its implications, chief among them the re-emergence of Roya (coffee leaf rust), which decimated farms four years ago and remains a latent threat. 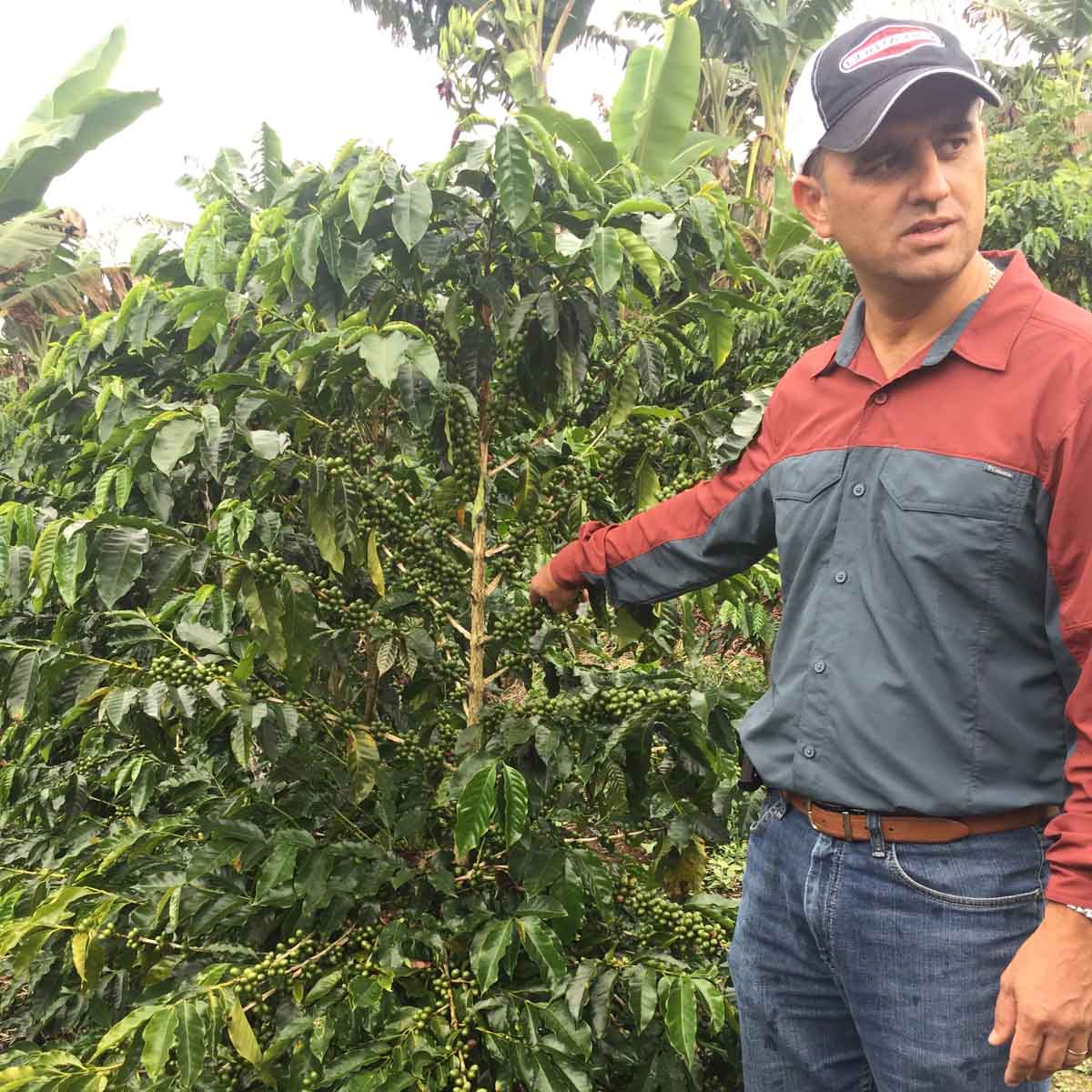 And yet: Another Golden Age on the Horizon?

All is not lost! Enter a new breed of coffee farmer leaders who cannot fathom the communities they grew up in without coffee—it's an essential part of their identity and they are willing to fight for it. With a modern view of the economics of smallholder farming, they are breaking down all preconceived notions of the production cycle, renovation trends, nursery management, and varietal selection to infuse new life into this proud sector. Thanks to their leadership, varieties like Obata, Marsellesa, Catigua and Centroamericano are quickly replacing full mountainsides of Caturra and Catuaí. The improved disease resistance and yield and faster peak production of these new varieties are injecting vitality into the producers’ outlook. 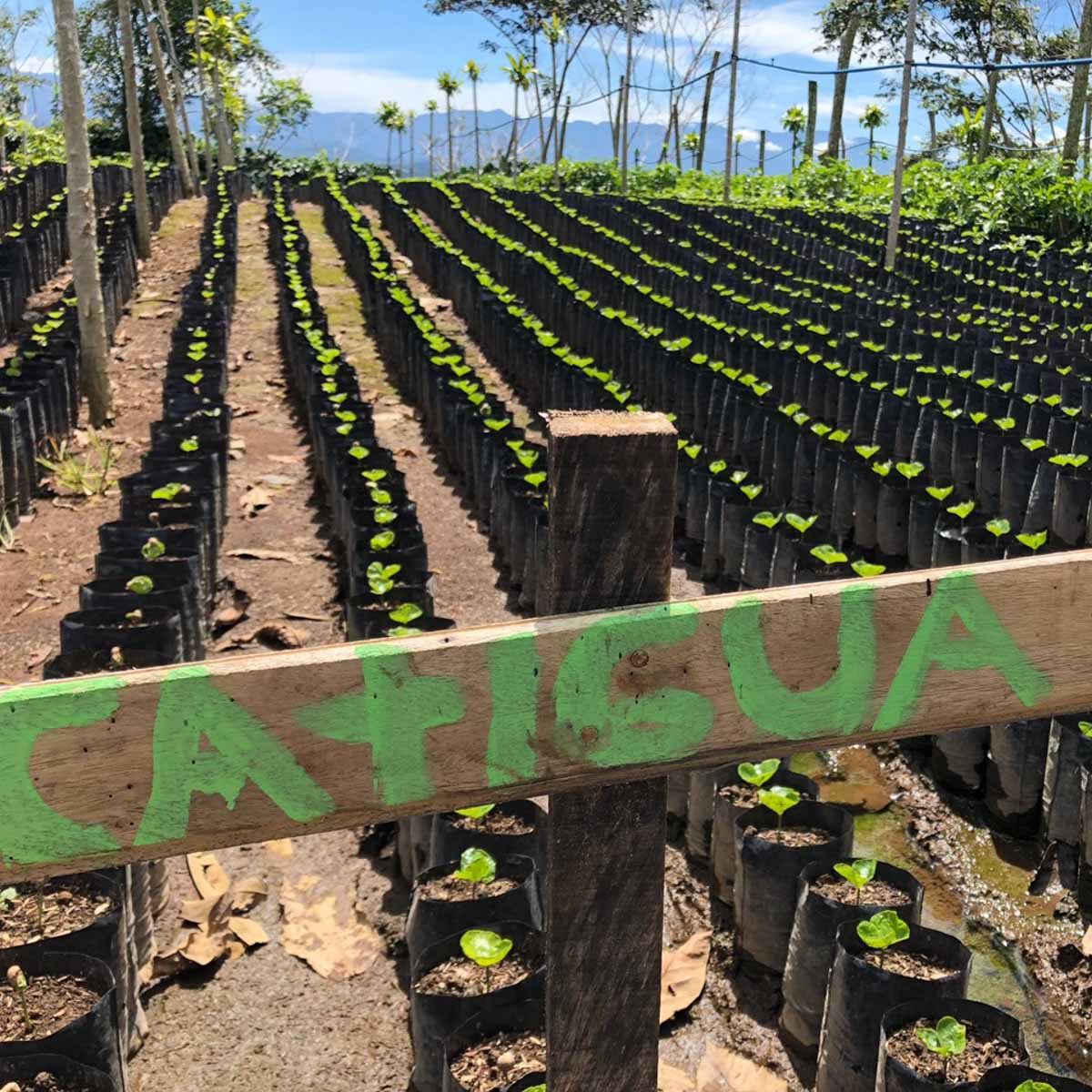 Non-traditional varieties are now a common sight at farm nurseries 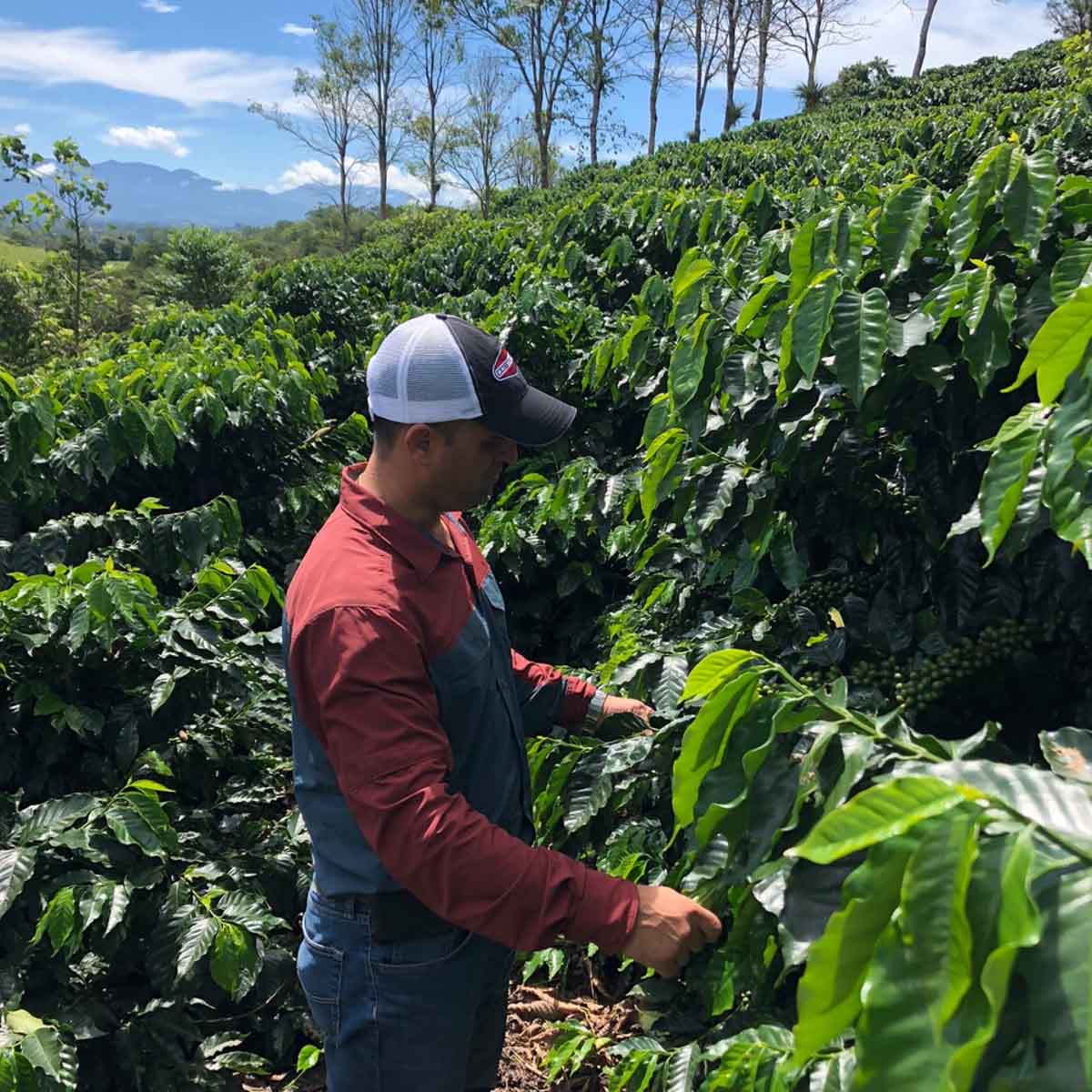 This new energy, powered by a fresh wave of leadership, is not a passing trend, but the start of a new era. The smallholder farmers who are the foundation of our industry yet also the most vulnerable members in the supply chain are embracing innovation, challenging conventional wisdom, and blazing a new path with the goal of creating the next golden era for coffee in Costa Rica. We salute them and can’t wait to the taste the fruits of their labor in the coming harvests.

It’s no wonder that wherever I went I was greeted by the classic Tico greeting… Pura Vida!

Interested in sourcing Relationship Coffee from Costa Rica? Let us know what kind of offering you're looking for via the form below!