If you’ve ever seen a big port like the ones in Oakland, Long Beach, or New York/New Jersey, you’ve probably noticed the massive cranes dipping their mechanical beaks to lift containers off of ships so large they look like cities. Those containers are essential to coffee. 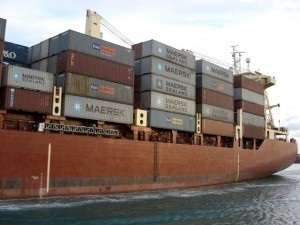 Without container ships, the global economy as we know it wouldn’t exist—something that was highlighted earlier this year when union negotiations caused a massive slowdown of shipping at West Coast ports. (A few Sustainable Harvest® customers saw their coffee shipments delayed by two to four weeks, and in one unfortunate case a ship turned all the way back to Panama.)

It’s easy to overlook this part of the coffee supply chain. After all, it happens mostly out of sight, at security-controlled ports or on the open ocean. Managing the complex logistical ballet that helps a coffee get from the farm to the cafe—crossing thousands of miles and usually more than one border—is one of the primary things we do at Sustainable Harvest®.

Making sure the coffee gets from point A to point B on time and without damage is no simple feat. We coordinate with cooperatives, millers, and exporters, dozens of ports in over 15 countries, unions, Homeland Security agents, rail lines, trucking companies, and warehouses, among others. The majority of the coffee we import arrives on the East Coast, at the ports of New York/New Jersey and Norfolk, Va., but more than 25 percent of it goes to the West Coast ports of Oakland and Seattle.

To better give you a sense of how it all works, we’re going to follow a single coffee from a cooperative in Peru, to the port at origin, and across the rolling seas, all the way to Cafe Moto in San Diego.

Highlights of the journey:

We start at the Casil cooperative in Peru, where coffee is grown at more than 5,200 feet in the cool highlands of the San Ignacio region surrounding the Tabaconas National Environmental Sanctuary. The cooperative’s farmers harvested a single-origin lot of coffee specially for San Diego-based Cafe Moto at the end of June and in early July. Casil members wet process their own coffee cherry the same day it’s harvested. Members deliver the parchment to the Casil warehouse, where it is allowed to rest for a few weeks.

Read more about Sustainable Harvest®’s work with the Casil cooperative and the farmers of San Ignacio here.

From the co-op’s warehouse, the coffee is sent by truck to the Frontera dry mill. At the dry mill the coffee is milled, evaluated for quality control, and bagged for export. 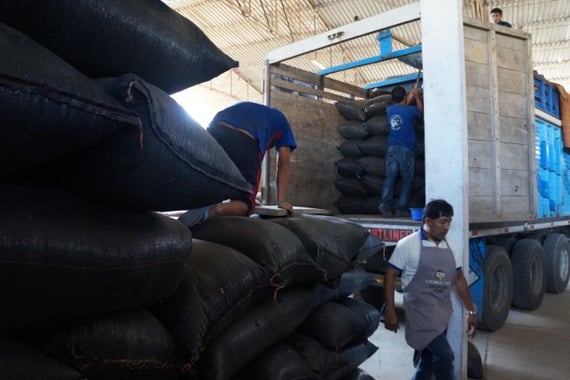 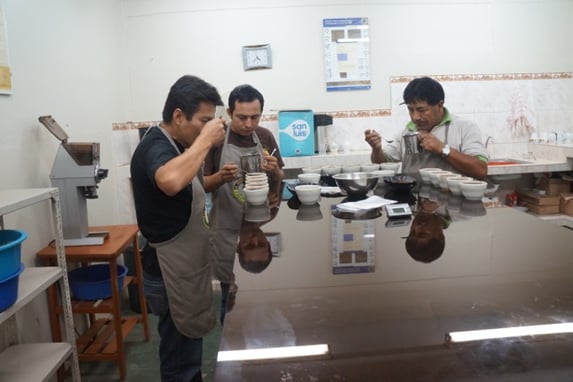 The coffee is milled and bagged for export: 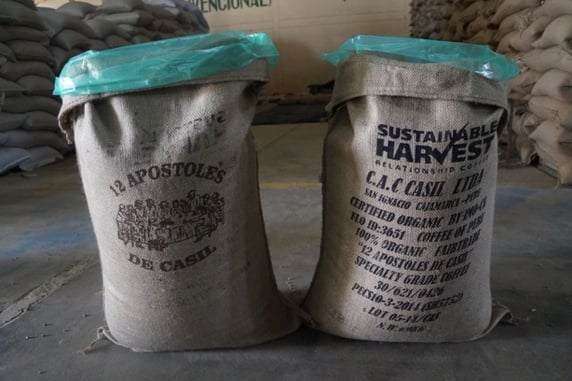 The coffee is stuffed into shipping containers at the dry mill. Each container fits approximately 37,500 to 42,600 pounds of coffee. Carefully packing the bags is essential—the container will travel tens of thousands of miles across rolling seas and jangling rail lines, travelling across climates and seasons. All told, it costs about $2,200 to get a container of coffee from Peru to Oakland. That translates into a cost of about $.05-$.06/pound.

An empty container, lined with corrugated cardboard. The cardboard helps protect the coffee against condensation that develops inside the container when the ship travels from the warm waters off the coast of Peru to the cooler waters of North America: 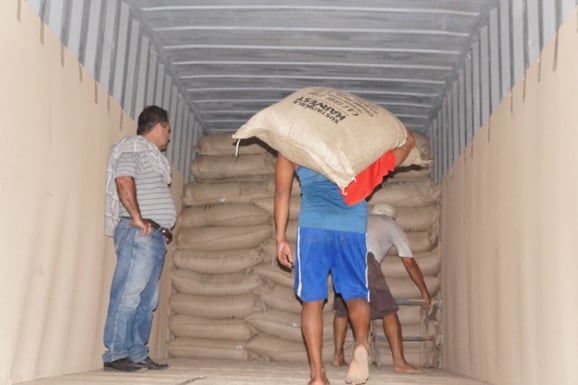 The container of coffee is delivered by truck to the port of Paita, Peru. There it will be processed for customs export; paperwork will be filed with the U.S. Department of Homeland Security.

Sealing the container at the dry mill for delivery to the port: 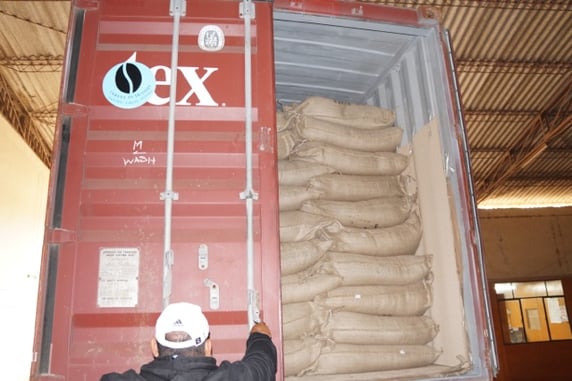 The container is loaded onto the Kiel Trader, which is the length of 2.2 football fields and can carry 2,500 20-foot containers at one time. If you loaded the entire boat with containers full of coffee, it would sink (2,500 containers of coffee weigh approximately 46,000 tons, about double the weight the Kiel Trader can carry). The boat is at sea for four days, travelling north up the Pacific coast of South America.

The coffee arrives at the port of Balboa, Panama, at the entrance to the Panama Canal. It is unloaded from the Kiel Trader and waits at the port for 19 days to be cleared to sail to the U.S. (Nineteen days is longer than average for a transit, which usually takes about a week.)

The coffee is loaded onto a new ship, the MSC Lisa, and sets sail for Oakland. It sails for two weeks. During this time, the coffee is cleared to land in the United States by the U.S. Customs and Border Protection Agency and the FDA.

The coffee arrives in Oakland and is unloaded from the ship.

The coffee is picked up at the port of Oakland by a trucking company hired by Sustainable Harvest® and taken to the Annex Warehouse, which has over 500,000 square feet of space and can store up to 700,000 bags of coffee at a time in temperature- and humidity-controlled rooms. The costs associated with customs and FDA paperwork, insurance, trucking, and storage average about $0.04/pound.

Cafe Moto, which carries an exclusive single-origin offering of the Casil cooperative’s fair-trade-organic coffee called 12 Apostles, picks up coffee from the Annex in its own truck. Cafe Moto picks up the coffee as needed and takes it back to its roastery in San Diego: 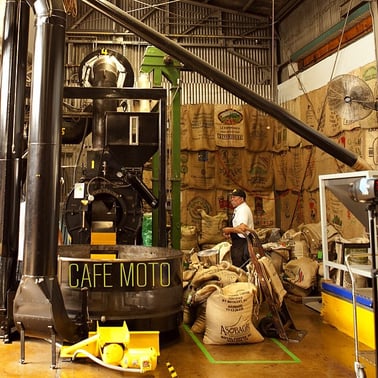