When the Coffee Leaf Rust outbreak hit at the end of 2012, the impact on Latin America was catastrophic. Central American countries were the main victims, with the governments of Guatemala and Honduras declaring states of emergency in early 2013. But the airborne fungus—also known as Roya—also spread to South American countries like Peru as well as north to Mexico. 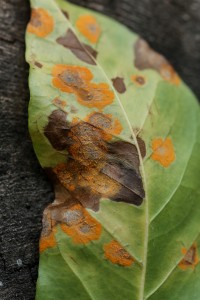 Roya’s impact in Mexico has been substantial. While Sustainable Harvest reported recent good news in the country with our producing partners winning the Cup of Excellence competition, there is reason for concern about the current harvest, particularly in Chiapas. And chief among those concerns is an unprecedented incidence of Roya.

The first clue that Roya would be more of a factor in Chiapas in the 2013-14 harvest happened early in the season. In the previous harvest cycle, farmers began noticing only minor Roya damage in November. With this harvest, Roya damage was visible as early as September. Roya’s presence earlier in the crop cycle translated to a higher incidence and higher severity in the fields.

Many co-ops managed the situation with the means they had at hand, forming fumigation brigades with manual and motor pumps and purchasing approved-organic preventive fungicides. This was a useful initiative, and by doing a couple of applications on production areas, they were able to somewhat reduce the incidence of Roya. 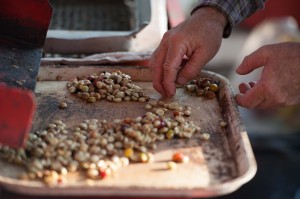 However, Roya had already done a lot of damage by then, leading to defoliation and death of trees in the most severe cases. Defoliation affects the maturation process: The plant loses the energy it needs to make its cherries fully ripen, resulting in slower maturation and affecting the composition of the beans. These problems were seen at the dry mill level with a higher percentage of immature beans and at the cupping lab level with flat and less complex cup profiles.

The weather in Chiapas also didn’t do the coffee any favors: The region experienced a lot of rains during the harvest months (January and February), which also delayed the beans’ development. Because of the Roya and weather complications, the overall quality went down approximately two points from previous years. 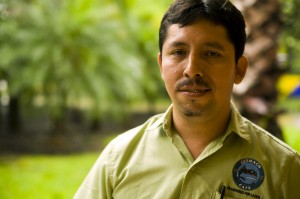 In keeping with the Relationship Coffee Model, Sustainable Harvest is on the ground in Mexico, working with Roya-affected producers to protect their crops and strengthen the supply chain.

And though Chiapas has faced its fair share of challenges with the current harvest, that hasn’t stopped Mexican producers from growing top-notch coffees. Visit our current offerings here for coffees from Mexico and the rest of the world.