A decade after rust outbreak, Honduran coffee producers back in business

Imagine you are a coffee producer, and suddenly you lose 80% of your harvest. Your coffee trees are infested with a plague you don’t know how to control, and as a result your family has lost its income for an entire year. Your best option is to replant all your coffee trees and wait a few years for them to grow back while trying to figure out the best path forward so you can continue to feed your family.

This dire situation happened to thousands of coffee producers in Central America and Mexico in 2012; the outbreak of coffee leaf rust, or la roya, was a devastating experience, and Honduras was among the countries significantly impacted. But while the experience was incredibly tough for producers in the country, they saw the silver lining and treated the setback as an opportunity to grow, implement new practices, change their mindset, and educate themselves about coffee even more than they had before.

Now, a decade after the coffee leaf rust outbreak, we checked in with some of our producer partners in La Paz, Honduras: Roberto Gonzalez, general manager, and Ana Amparo Santos, Vice President of the Board of Directors at the cooperative RAOS; and Marina Hernandez, general manager, and Suyapa Gracias, member of the commercialization team, at the Comucap cooperative. We talked to this group about Honduras’ path to recovery from roya, the additional challenges they’ve faced in recent years, and how different programs have helped these co-ops weather the tough times. 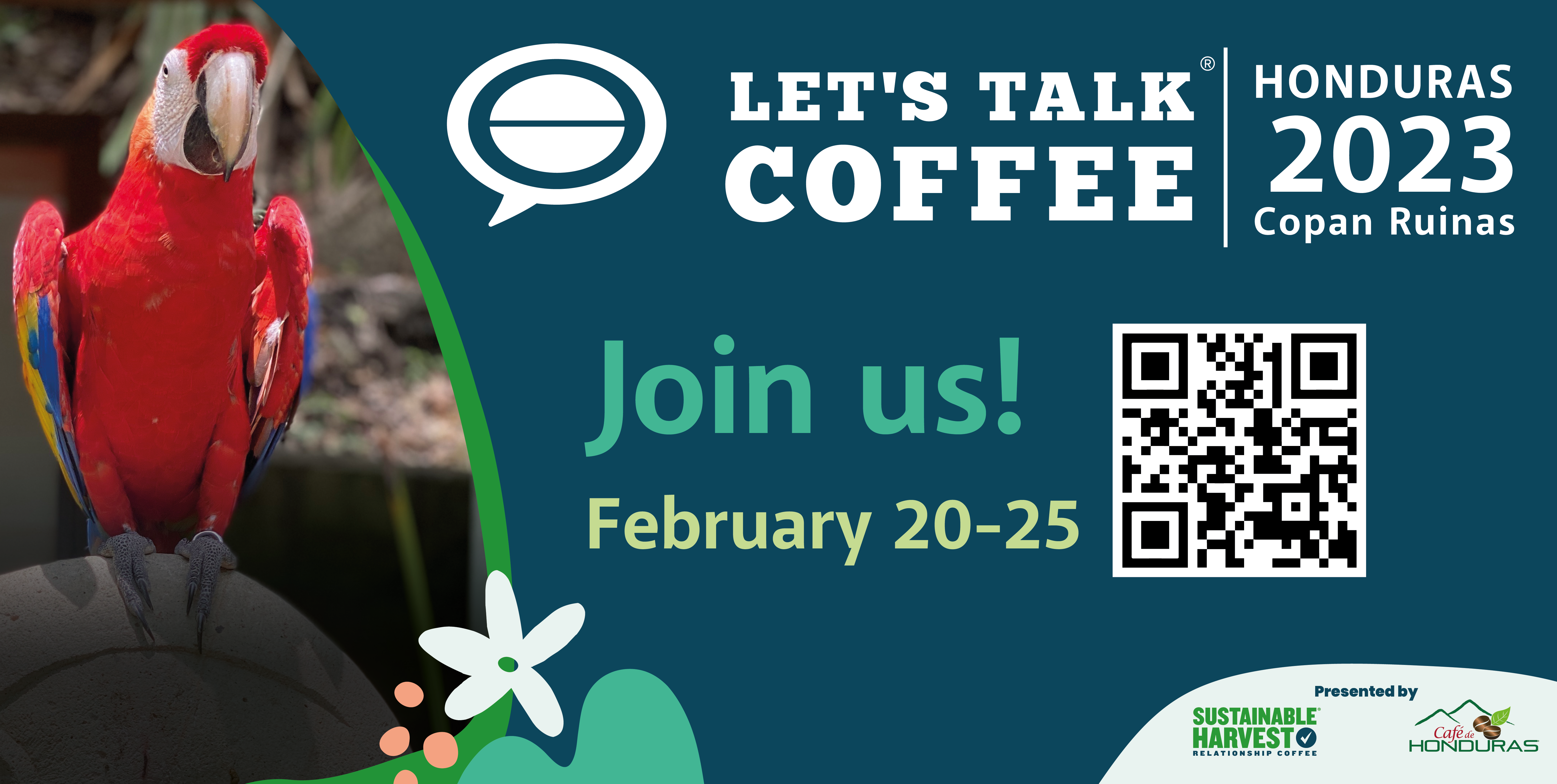 Founded 25 years ago, RAOS is a pioneering organic coffee farming cooperative in Honduras. RAOS started with only seven members—four women, and three men—but has steadily grown through the years, now boasting more than 270 members. Roberto has been working with the cooperative for over 20 years, but he took over as general manager in 2011, just one year before coffee leaf rust arrived.

Roberto says the 2012 outbreak was a challenging time for producers, and that one reason coffee leaf rust affected them as much as it did was that most of them were growing varieties susceptible to the airborne fungus. “It damaged practically all of our production,” Roberto says. “All of our dreams were gone in just a few weeks; we knew the impact this would have on our lands and families was going to be big.”

Roberto remembers when leaf rust arrived in 2012, growers at RAOS started noticing some coffee trees were losing their leaves, but they didn’t know why or how to deal with this development. Many producers left their lands and migrated to other cities or countries, as they could no longer see a future in coffee farming. However, the producers who stayed started researching how to move forward, reaching out to technicians and different organizations to look for a way to overcome the damage coffee leaf rust had done. 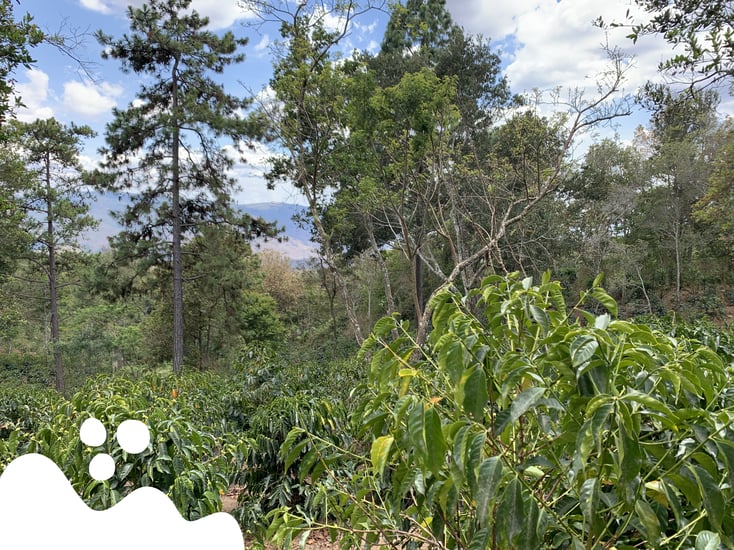 RAOS didn’t have a harvest in 2013 due to the effects of leaf rust, but Roberto says they saw this period as an opportunity to prepare for future harvests. Producers started innovating, using organic fertilizers and improving their practices overall. Ana Amparo from RAOS says she planted new coffee trees at her farm that were more resistant to diseases like rust. Though it would take about three years for these trees to become productive, Ana decided this was the best long-term solution.

Similar to RAOS, Comucap is a long-standing cooperative; its founders launched it nearly 30 years ago with the goal of empowering women in the area who were experiencing domestic abuse. The seven women who started Comucap wanted equity in their communities, so the newly founded cooperative bought a piece of land and started training women farmers on organic agriculture, coffee farming, and nursery management, as well as non-coffee-related subjects like leadership skills as well as reading and writing, as many of the initial members didn’t go to school.

Marina of Comucap describes the co-op’s difficult 2012 as being similar to what RAOS went through. While it was a devastating year for many of Comucap’s members, the co-op saw it as an opportunity to keep training its members. After replanting around 60,000 trees, the co-op’s members were able to get back on track with their production; since then, Comucap has been working closely with technicians to train its members on best practices and proper fertilization techniques.

Recovering from the effects of la roya hasn’t been an easy task for any producer, but our friends at RAOS and Comucap say the experience has had some positives. Producers are more aware of which practices are better for their land and how to best nurture their plants. Roberto says that new coffee leaf rust outbreaks have happened over the years, especially as the disease has mutated, but now producers are more prepared for how to handle it.

Both co-ops have recovered well and have experienced growth. RAOS is currently one of the largest and most respected co-ops in Honduras; the cooperative manages around 150 lots every year, with 90% of them being Organic and Fairtrade certified. RAOS produces exceptional coffees over 86 points, and the co-op’s capacity is so big that it can process a micro-lot in about four hours, which is a pretty incredible pace!

Comucap, which now boasts 540 members—quite an increase from the original seven—has continued to grow not only in its membership and production volume, but also in its social initiatives and its support of women and children in the community. But even though Comucap and RAOS—and Honduran coffee production in general—are in a better place than they were a decade ago, they are still facing a lot of challenges due to climate change, migration, price volatility, and new disease threats. 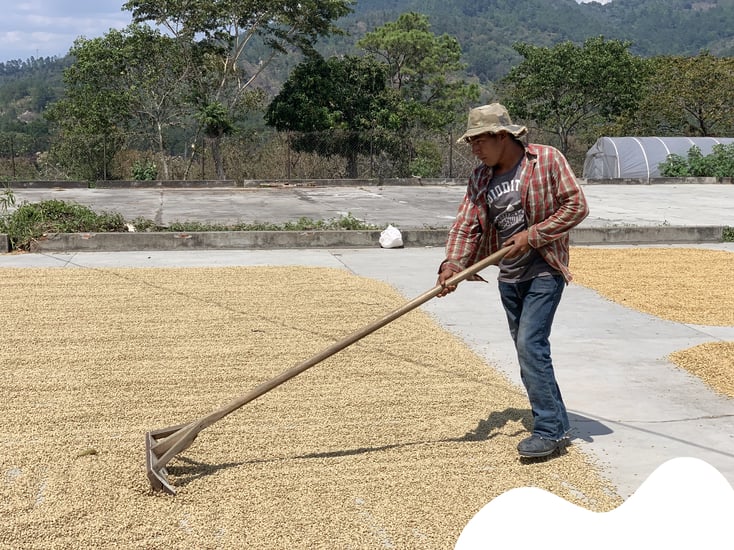 In recent years, harvests at the co-ops have been more and more inconsistent; you can find ripe, unripe, and overripe cherries simultaneously, and blossoming seasons are not consistent either, which has made producers’ jobs more difficult. In addition, hurricanes are stronger, cold seasons are longer, and rainy seasons are inconsistent, provoking droughts and floods. All this has caused producers to lose parts of their production, and as they need to let the plant rest before the following harvest, they’ve had to harvest ripe and unripe cherries at the same time. This is all a consequence of how climate change has impacted producing regions, lowering their productivity by up to 30%, with some producers experiencing 50% reductions.

Roberto says he experienced firsthand at RAOS that this season was especially different from others. “We are used to taking a photo each blossoming season in the plantations with all the beautiful flowers,” he says. “This year, that was not possible. There were very few flowers, and that was when we realized that the harvest was going to be way lower than in previous years.”

Ana Amparo says that the rainy seasons have been more inconsistent than in previous years, making it more challenging for producers to determine the best time to apply fertilizers and plant other crops on their land. “In previous years, we knew that April-May was when the rainy season started, but rains have been incredibly inconsistent and scarce, so no one can tell if it’s the best time to work the lands,” she says, adding that Comucap has been working closer than ever with technicians to navigate this changing landscape. 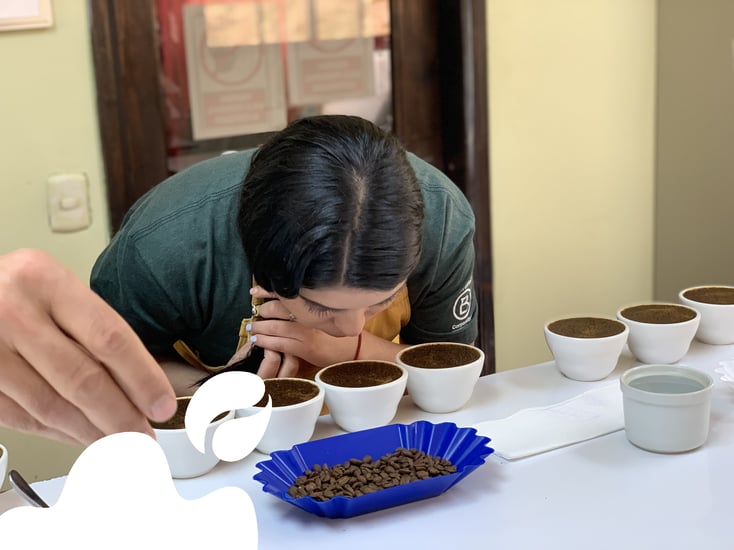 Working closely with the next generation and beyond

While working to overcome their current challenges, both RAOS and Comucap have been instituting programs to strengthen their members and their collective futures. Both organizations have developed programs working with youth groups and women groups, training them around organizational and managerial skills, leadership skills, best agricultural practices, and other activities within the coffee industry—such as cupping and barista skills.

Comucap also has its aforementioned program to reduce domestic violence; the co-op has worked closely with its young members on emotional development programs, starting communication projects for couples and families, and launching programs at schools about emotional intelligence development with children and their parents. In addition to Comucap’s social programs, one of the cooperative’s main goals is to help young people—especially children of coffee growers—see a future in coffee. Comucap hopes to help these young people see coffee farming as a business and not just something that “they have to do because they have to follow their parents’ steps,” Suyapa says.

Similar to Comucap’s programs, RAOS has created different committees focused on youth, women, and education to show associates and their children the opportunities coffee can bring to them. Ana Amparo works closely with RAOS’ education committee, and she says they provide young people and women in the group with proper training around organic production, post-harvest practices, adequate drying techniques, quality control, and more. RAOS has 15 demo coffee plots, led by the youth committee, where members of the program can learn to grow coffee under the best possible conditions, using best practices, and experiment with different varieties and conditions. 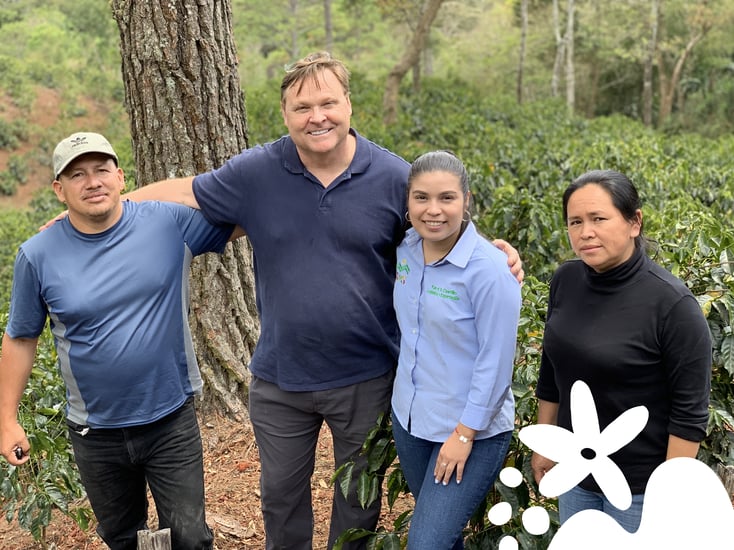 We at Sustainable Harvest value the strong relationships with our partners at origin. It’s essential for us to support them during challenging times, and it’s been fantastic to see our partners in Honduras growing along with us.

Marina says Comucap also places much importance in the cooperative’s relationship with Sustainable Harvest, which she says helped Comucap weather the coffee leaf rust crisis. “Many partners left us, but you stayed, and that’s priceless,” she says. “You were patient with us and helped us get back on our feet, and our members value that. It’s something that has incentivized us to deliver only the best quality possible because we value the work you do with us as much as you value ours.”

We feel fortunate to be able to work with organizations like RAOS and Comucap that are working toward a better future for themselves and the Honduran coffee industry as a whole. Honduras is a great example of quality coffee production that all of Central America can look to for inspiration, and we hope to continue seeing this origin grow stronger and overcome its current challenges.

If you want to try some of the exceptional coffees we carry from Honduras, spend a few days learning about the industry there, and exchange knowledge and experiences with coffee producers and other key players in the coffee industry, make sure to check out our Let's Talk Coffee event happening in Copan Ruinas, next February!