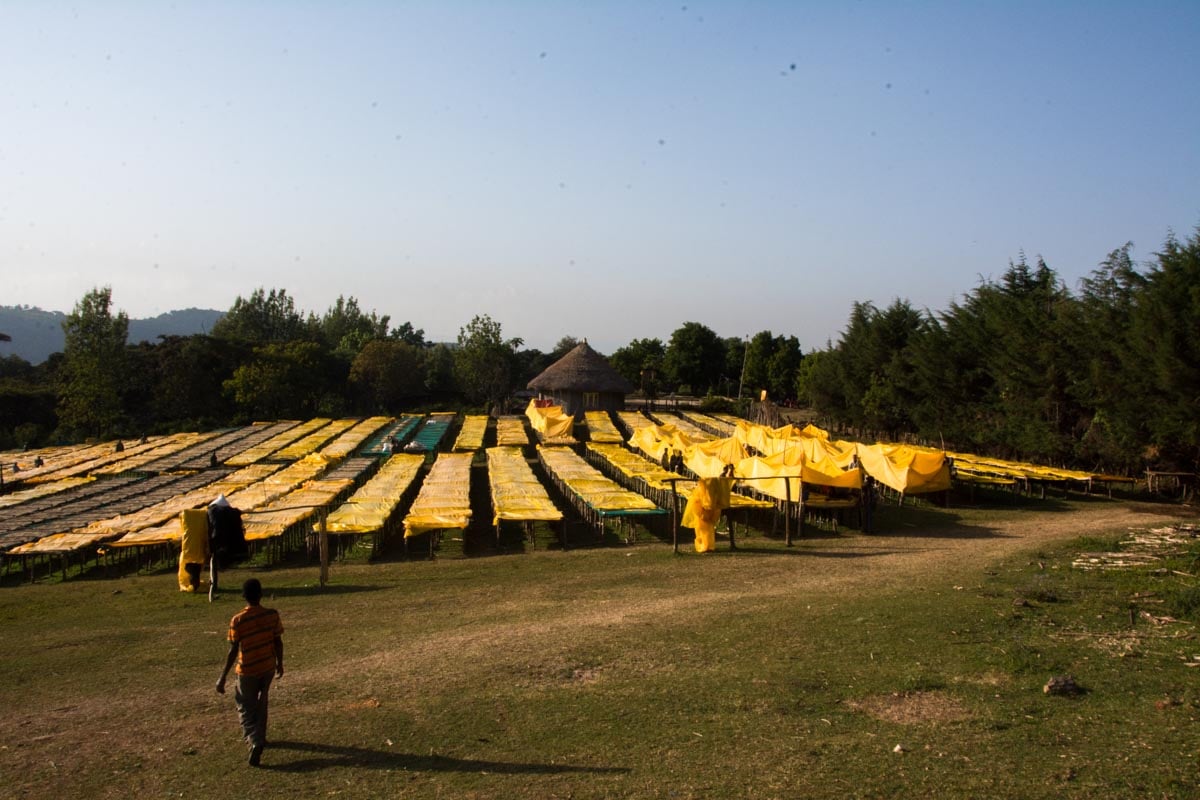 Ethiopia is one of the most beloved coffee-producing nations in the world, producing a seemingly infinite amount of floral, complex coffees sought after by discerning coffee professionals from all over the globe. Read on and brush up on your knowledge of Ethiopian coffees with these four facts.

While Ethiopia produces some of the world’s best washed coffees, its natural-processed coffees are in a class of their own and are coveted by coffee professionals and aficionados alike. Ethiopia has a vast array of indigenous heirloom varietals—more than anywhere in the world—which, as an origin, contribute to a singular cup profile renowned for its complexity, depth of flavor, and unparalleled sweetness. Natural processing magnifies these inherent qualities, often producing coffees capable of exhibiting the full range of fruit and floral notes: from heady, ripe tropical fruits like mango, passionfruit and lychee, to sparkling citrus, to notes of jasmine, honeysuckle and magnolia. Coffee has been produced like this for centuries in Ethiopia, and simply can’t be reproduced elsewhere. Production of naturals is relatively simple and requires little infrastructure, but the resulting coffees are some of the most intriguing, complex, and flavorful beans out there. 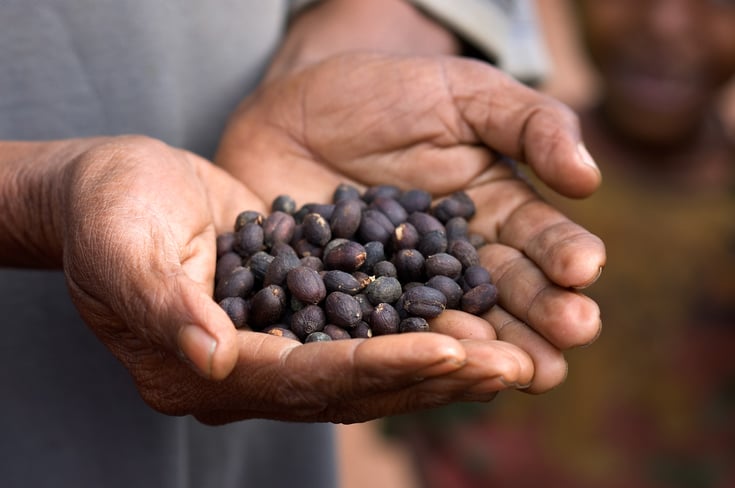 Where it all began

Ethiopia is known as the birthplace of the coffee plant, Coffea Arabica. Many people have heard the legend of Kaldi, the goat herder in the ninth century who supposedly tracked the energetic behavior of his animals to the red coffee cherries they consumed, in turn “discovering" coffee. While this story is largely apocryphal, genetic research does, in fact, track the origins of wild coffee to Ethiopia, and the beverage has long been ingrained in the culture: as a way to gather friends and family, the famed Ethiopian coffee ceremony is still a cherished ritual. Ethiopia is currently the world’s fifth-largest producer of coffee—according to the International Coffee Organization, the country produced 7.5 million 60kg bags in 2018.

Though coffee is Ethiopia’s biggest export, the country’s production hasn’t been without its share of turmoil. Due to government unrest and conflict—including a war with the African country of Eritrea in the 2000s—Ethiopia has experienced economic decline, and coffee farmers have suffered from reduced access to land and plummeting coffee prices that no longer covered the cost of production. Still, Ethiopia’s smallholder coffee farmers are resilient, and many have persevered and are earning higher premiums associated with certifications and quality. 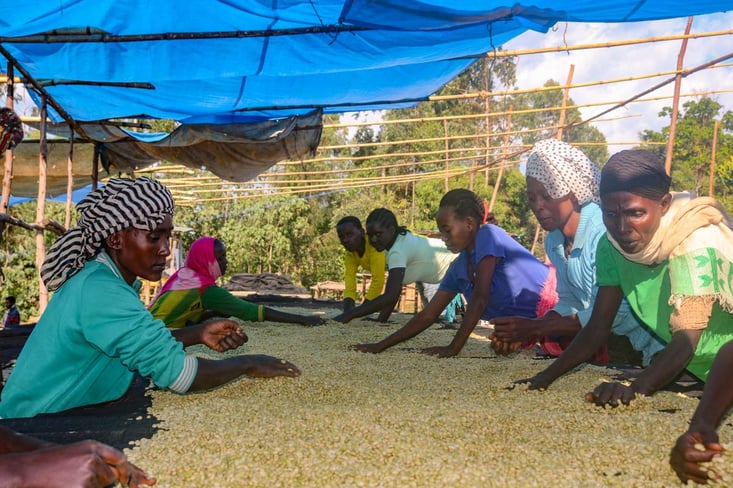 In 2008, the Ethiopian government started the Ethiopian Commodity Exchange (ECX) as a way to stabilize the agricultural sector, allowing smallholder farmers to sell their products for a set and consistent price. This new exchange came with one key drawback, however: with exceptions to private estates and cooperatives, all coffee exported from Ethiopia was required to be sold and graded through the ECX, effectively commoditizing the specialty market. While farmers were guaranteed a price and sale, the system did not provide traceability information, creating a difficult situation for coffee buyers wanting to present a complete picture of where their coffee came from and to establish long-term relationships. In March of 2017, however, the ECX began allowing individual coffee washing stations to sell their coffee directly to buyers. The industry is hopeful that this will improve the traceability of Ethiopian coffees, as well as allow buyers to more easily form direct relationships with smallholder farmers. Monica Terveer, our relationship coffee manager, traveled to Ethiopia in 2018 and you can learn more about her findings on Ethiopia's new market dynamics here.

Want to experience Ethiopian coffee for yourself? We currently have several amazing selections available on spot: