Tolima, one of Colombia’s coffee jewels Colombia is a country closely associated with coffee—and it’s no wonder why. The incredible quality and wide range of flavors of Colombian coffee make it the favorite origin of many roasters and consumers around the world.

Coffee is vitally important to Colombia’s identity: It is grown in 22 of its 32 departments, and around 540,000 families in the country depend on it for their livelihoods. This is why price volatility, weather patterns, and other factors closely impact Colombia and its economy.

Sustainable Harvest is proud to operate an office in Colombia, and our team there recently visited a few of our producer partners in Tolima, a region we've been working with since 2015. They gave us a few great updates on this incredible coffee region that we’re excited to share with you here!

A little bit about Tolima

Tolima is a coffee-producing region with a unique, conflict-ridden past. The Revolutionary Armed Forces of Colombia (FARC) occupied the region until about a decade ago, meaning that no coffee was produced for global consumption for many years. After two peace agreements—the first one led by indigenous groups and farmers, and the second one helped by the Colombian government—coffee growers and their families were able to return to the area and start growing coffee again. Since then, coffee growers in Tolima have worked hard with a focus on quality and innovation, looking for ways to improve the lives of people in the community.

Coffee in Tolima is mainly grown by smallholder producers, including indigenous and Afro-descendant groups. They cultivate varieties like Castillo, Colombia, Typica, Bourbon, and Maracaturra in 38 of Tolima's municipalities. Coffees in this area are recognized for their denomination of origin and their sweet and exotic notes—such as stone fruit and berries—that result from Tolima's mountainous make-up and its various micro-climates.

Many of Tolima's smallholder farmers grow organic-certified coffee, which highlights an unforeseen side effect of the FARC occupation. Because the armed forces occupied the area for so long, much of Tolima's coffee-growing land is virtually untouched, and its soil is free of agrochemicals. Coffee farmers have adopted organic production and are finding success with these methods. 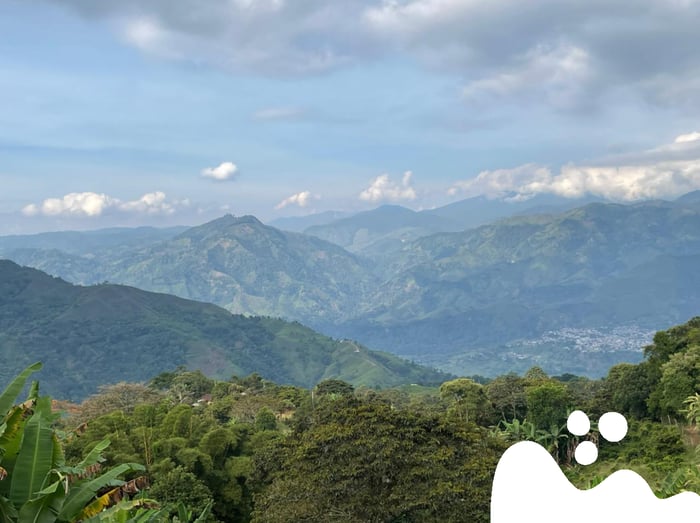 Around the year 2000, Colombia was hit hard by the weather phenomenon La Niña, and similar patterns returned in 2020 and 2021. This excessive rain was a problem for coffee farmers: coffee trees didn’t bloom with the same intensity as usual, which resulted in a lower harvest volume in 2021, and 2022 is looking to be the same.

While coffee production is down country-wide due to La Niña by about 20%, Tolima is a silver lining for Colombia, as it’s one of the largest-volume producing areas in the country—especially for organic coffee, producing about 1,875 to 2,750 kgs per hectare. It’s notable that Tolima is still a reliable producer even though its production is also down due to La Niña—the region traditionally has had two harvest seasons, but the two harvests have essentially merged due to weather patterns, with coffee being produced throughout the year, but in smaller quantities. 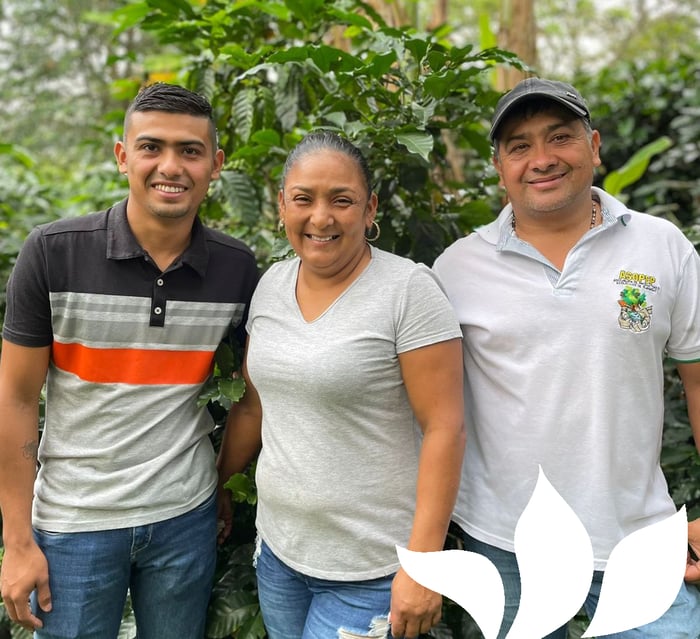 During our team's visits and through our relationship with six organizations in the region that we’ve had for seven years now, we have noticed that producers in Tolima not only care about the result in the cup, but they are also constantly looking for ways to impact their communities positively. For example, during the pandemic, many women producers started getting involved in the process of selling coffee in the local market. As these women took greater ownership of their families’ coffee businesses, they started to get more involved in the administration of the farms and cooperatives, and made small changes to benefit farmers and their working conditions, including investing in items like electronics and new beds for workers.

During our Colombia team’s recent visit to Tolima, they checked in on some projects Sustainable Harvest is involved, including a women’s program with the ASOPEP cooperative, as well as a project to protect indigenous coffee growers led by the Association of Indigenous Coffee Growers of San Pedro Páez in Gaitana, Tolima (ASCI'SP). This organization is part of the Nasa We'sh indigenous guard, which has over 2,500 members and played a key role in the aforementioned peace agreement with the FARC, which is the only known pact between a Colombian community and a “guerrilla” group.

Our team also noticed that it's becoming more common to find producers in Tolima who are looking for ways to make their farms more sustainable. For example, one of the farms we visited cultivates crops outside of coffee and raises chickens, quails, and pigs, along with bee-keeping. The farm cultivates these items for personal consumption, but also would like to eventually increase their income through them. And talking to different producers, we realized that many have implemented house gardens where they grow vegetables, fruits, and other herbs for self-consumption, which is helping them lower their food expenses. Innovation in the region

Many regions around Colombia are frequently recognized for their quality, and Tolima is no exception. Coffees from the area are increasingly faring well in regional competitions and in contests like Cup of Excellence. Producers in Tolima are keen on learning about new processes and producing exclusive micro-lots; they have been experimenting with monitored fermentation for a while and are constantly looking for ways to improve their organic production, water usage, and practices on their farms to make them more sustainable and lead to improved coffee quality.

Our team was interested to learn more about Tolima producers’ aforementioned experimentation with different fermentation methods. While most coffee growers in the region continue to opt for washed coffees, they are using monitored fermentation and longer fermentation processes, but shortening the contact between water and the coffee beans after discovering that some of the coffees’ attributes could be lost in that process. 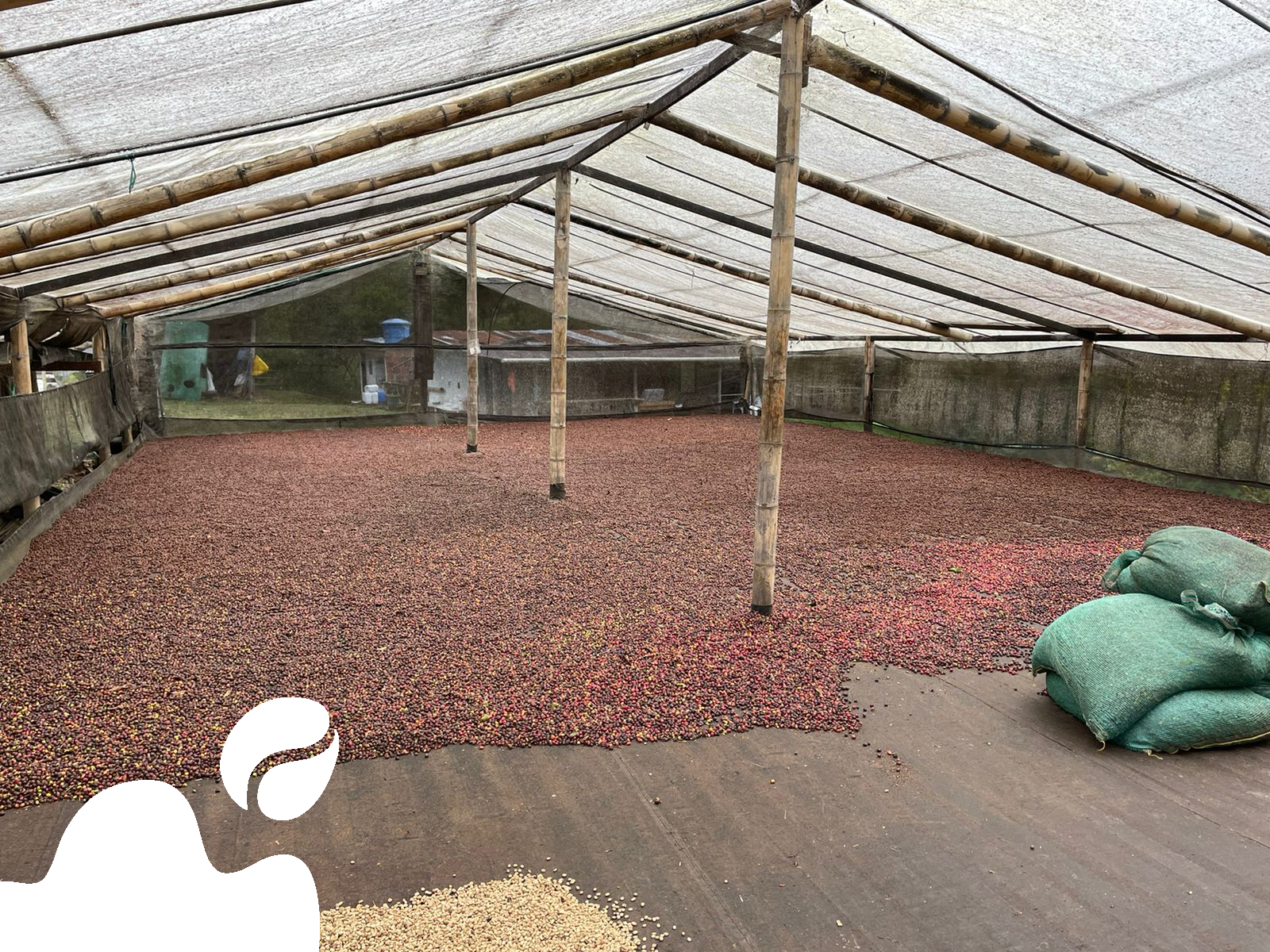 Tolima is one of the regions where producers are relatively young—around 57-58 years old on average, compared to the average age of a Colombian coffee farmer of 60-65 years old. Our team believes there is a link to Tolima farmers’ younger age and their increased interest in getting training around new processing methods and techniques from younger generations of coffee growers, who are very passionate about improving their coffee and bringing change to their farms.

The Sustainable Harvest team works with groups of young producers, and it's incredible to see how eager they are to educate themselves around quality control and innovative practices. Many are already professional cuppers, and we are proud to say that we have provided some of the training they’ve received around this. Some are doing courses and trainings about the use of yeast and other microorganisms to use in their fermentation processes to take their coffees a step further in quality and taste. 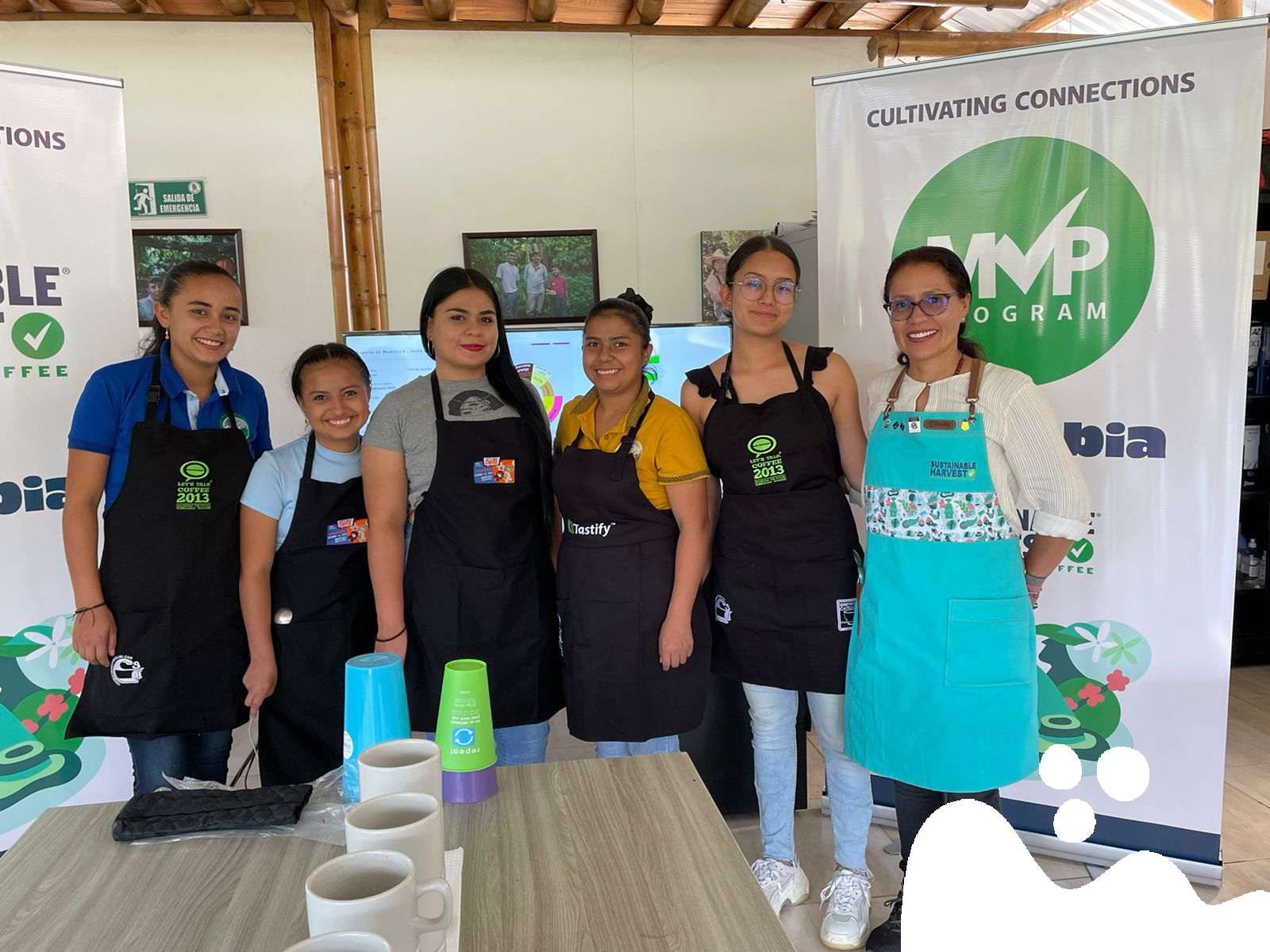 One great example of this is Jorge Rojas, the producer of coffee in our Millennium program from ASOPEP. Jorge has decided to process all of his coffees as naturals, something that hasn't been easy, but he has standardized all of his processes. Now, with the help of his family and ASOPEP, he has managed to deliver 30 to 50 bags of his incredible and consistent 88-point coffee, which has become a favorite of many of our customers. We are proud to say that Jorge is just one producer doing incredible work in the region, and he and others like him have positioned Tolima as one of the best coffee-producing regions in the country.

We are proud to be able to share some insights about Tolima with you, and we’re looking forward to sharing some incredible coffees from this region that are landing in a couple of weeks! If you’re interested in trying some, reach out to us!